While surfing high and low on the internet, have you ever stopped and wondered what on EARTH that eggy-looking thing just floundering around is? That, my friend, is the one and only Gudetama: The egg with a butt and an apathetic view on life.

As the latest addition to the Japanese design powerhouse, Sanrio, Gudetama takes a unique twist from their usual kawaii characters. Apart from its appearance, voice, and mannerisms, let’s talk about a few other unique facts about the lazy egg we can all relate to.

Gudetama takes on a few forms

Being an egg (a heavily used ingredient in Japanese cuisine) our anthropomorphic eggo friendo takes on many different forms. Better yet, their mood changes with each form they turn into. For example, being cracked into a steaming cup of ramen, you can see their inexpressive happiness from poaching in the hot broth.

In other situations, they may be a hard-boiled egg soaking in broth, relaxing, not wanting to be picked up by a hungry customer. Regardless of what state they are in; they are always exuding that laziness we have come to love.

This one actually pains me a bit. Yes, our yolky friend who doesn’t try has their very own Twitter account with (to this date) 1.05 MILLION FOLLOWERS! What makes their Twitter so popular? Every day, without, fail there is an upload of a whacky and random picture. Some of these stills include Gudetama climbing a mountain of rice, or even just lying there. There is no trend or theme--rather just snippets of their adventures, existing. Heck, some don’t even make sense! But we don’t care, right? Just look at them!

Lazy egg. That’s right, their name translates roughly into Lazy Egg in Japanese. Breaking it down a bit, ‘gude’ (pronounced goo-deh) is derived from the Japanese descriptive word ‘Gude Gude’ to label something or someone with little to zero energy or strength. Meanwhile, ‘tama’ (pronounced taa-maa) is derived from ‘tamago’ which is egg thus 'Gudetama’: The lazy egg.

Gudetama has a friend

Our sloth-like neighborhood egg has also got a friend in tow (or rather a sidekick). Aptly named Nisetama-san; which loosely translates to ‘Fake Egg’, this young lad’sbackstoryy involves him hanging around our hero Gudetama so much that he ‘…fell into a state in which he dreamed of becoming a Gudetama…”.

Appearing in cartoons and shorts as a human in an orange body suit, he is usually seen with a happy disposition, which is a far cry from Gudetama's apathetic view of life. One of the most memorable moments of Nisetama-san is his end of credits interpretive dance to the Gudetama theme song.

He was hatched from a competition

Gudetama wasn’t conceived intentionally like Hello Kitty or Keroppi. Rather, they were borne out of a competition… where they came second. The competition was started in 2013 when Sanrio wanted to come up with a new character revolving around food. This initiative served 2 purposes: to trial new characters that Sanrio fans want and to kick-start the creative process for the designers. Out of the competition, the winner was a jolly salmon-headed character named Kirimichan and our yolky friend placed second. Regardless of coming runner-up, Sanrio still released merchandise and created a backstory for Gudetama and the world loved it.

Very different from their other companions

Have you noticed that the Sanrio cadre of characters is all cute (AKA "kawaii") characters? From Hello Kitty with her lovable innocence, cute sentiment, and cheerful disposition, to Badtz-Maru, the cheeky penguin with an attitude, all those characters have a particularly adorable aesthetic appeal.

Gudetama is cute and lovable but that is not their appeal--something else ties them to the fandom. Some say it is their relatability, others say it’s their simplicity. Whatever it is, it has definitely set a different direction for Sanrio.

Gudetama has their own short animated shorts

GU DE TA MA! You are greeted with that tagline that becomes embedded in your existence once you start on the dark journey of watching all of Gudetama’s shorts. Located on YouTube on the official Sanrio JP channel (and the Western Channel), you can find cute little 1-minute shorts featuring the adventures of Gudetama and their sidekick Nisetama-san in whacky situations. Examples include being involved in a sexy photo shoot (featuring our favorite model, Gudetama), being a hardboiled egg flip-flopping around, or just lazing about, casually contemplating existence. At the end of the original shorts, we are treated to a nice interpretive dance carried out by Nisetama-san. Exquisite!

Gudetama has their own game on iOS and Android!

That’s, right ladies and gentlemen. Gudetama has a game out on mobile called Gudetama Tap (available on iOS or Android). A nice simple game, Gudetama Tap allows you to make our resident lazy eggo into delicious meals such as (but not limited to) hardboiled Gudetama, Egg Yakisoba, and Sukiyaki. It is a collection game where you proceed to make these meals at the cost of GP. You can get GP by performing a various assortment of activities OR you can just sit there and tap the heck out of Gudetama themself. This generates GP with every poke and prod, accompanied with cute ‘unf’ and ‘ohh’ noises.

There are Gudetama-themed Cafes around the world!

The world wouldn’t be complete until a Gudetama café exists, and now it does! Popping up in a few locations such as Singapore, and Osaka, Japan, the Gudetama cafes are serving up delicious meals such as ‘Mountain! Roast Beef Don’, ‘Gudetama White Curry’, and ‘Gude Mont Blanc Pudding’. Each meal is themed in some shape or form to Gudetama’s aesthetic, either being a bed of rice shaped like them, an egg yolk with their face on it, or even latte art with Gudetama seductively laying down with its butt in the air. These amazingly yolky-themed cafes are kitted out with pictures, stools, tables and other paraphernalia with that all too familiar face we have come to know and love.

Gudetama is a reflection of this day and age

Time to get a bit serious, now. Some say Gudetama is a reflection on today’s society and what the older generation views the so-called millennials as; unenthusiastic and lazy in their ethics and motivation. Digging a bit deeper, as mentioned before, Gudetama could also be all of us at some point in our lives, where we get to a stage and just say ‘meh’ as the effort just can't be summoned. The key take-away from Gudetama would be ‘there is always time to chill and do nothing”. After all, don't we all just want to indulge in a bit of existential dread once in a while? 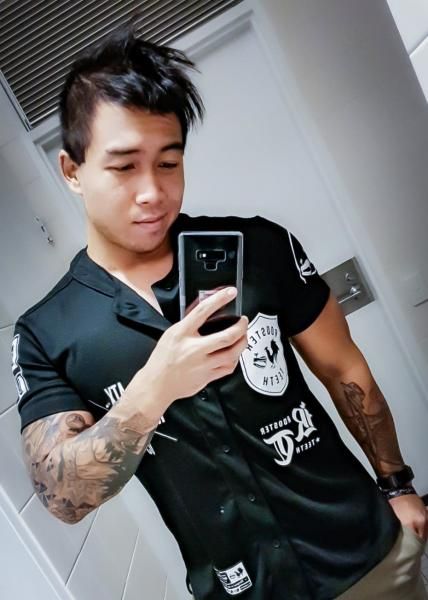 A native to drop bear capital of the world Australia; Newton is a full time IT Professional and also works in the military in his non existent spare time. His passion for gaming goes back unto the days of Alex the Kid on Sega Master System where blowing dust out of a cartridge was a necessity and when Australian Youths learn their first swear words. > Other hobbies include Cosplay, Prop building, Photography, Fitness and Motorbikes just to name a few. > If you look and listen carefully, you can see him lurking around the interwebs, creating content for amazing talent such as Boneyard Arcade or streaming indie games for the lolz with his friends. > Always up for making friends; if you have some great ideas or want to collaborate feel free to throw him a line on one of his many social accounts! > IG: @RiotArms Twitter: @RiotArms

Read Next in Lists

Pokémon: 10 Hilarious "Nebby Get In The Bag" Memes Only True Fans Understand

Pokémon: The 10 Pokémon In Need Of A Mega Evolution

10 Pokémon Most Likely To Scare Children

The 10 Weirdest Card Games of the Decade