Ubisoft announced Beyond Good and Evil 2 with a brand new, cinematic trailer during their 2017 E3 Press Conference. After 15 years, this long anticipated sequel is finally on its way. However, Beyond Good and Evil 2 is actually a prequel that takes place in System 3 before Jade’s (the protagonist of the first game) birth.

The trailer was showcased towards the end of the press conference. It begins with a beautifully rendered panning shot of seedy restaurant in the darker parts of a city. The trailer starts slow, with a conversation between two hybrids, Knox and Zhou Yuzhu, before picking up into an intense police chase. Another major character, Shani, appears about halfway through the trailer before it ends on Dakini’s intense gaze as she looks towards their upcoming adventure to find a mysterious artifact. Little clues about the upcoming game are scattered throughout the trailer. The trailer is also peppered with numerous small easter eggs for the fans to enjoy.

Beyond Good and Evil initially launched back in November of 2003. Ubisoft first announced the sequel back in 2008, but it is clear that the game has changed since then. Michel Ancel, the creative director, spoke at length about the trailer and his vision for the new game. Religious figures and icons are both featured prominently to help demonstrate the complex culture of the hybrids. The city is an amalgamation of old, religious architecture and futuristic technology. It was created, in part, to show the verticality of the level design. Various other mechanics like the jetpack, mechanical glove, combat, and space travel are weaved into the narrative of the trailer's story.

The new game is open world and is designed to have a seamless transition between the planet and space. Players can own enormous ships that carry smaller, more versatile space faring vessels. Interaction with the environment is somewhat limited, but the game is designed with a sandbox feeling in mind. Unfortunately, the trailer is only cinematic. It is difficult to predict how the game will play, especially after the 15 year gap. However, what little we have seen is promising.

In addition to the new game, Ubisoft announced its Space Monkey Program alongside the game. The program is a test drive from Beyond Good and Evil 2, giving players a chance to influence and follow the game as it develops. There is no set release date at the moment. Beyond Good and Evil 2 will release on Xbox One and PlayStation 4.

Beyond Good and Evil 2 was just of many games announced during the Ubisoft Press Conference. New information on Assassin’s Creed: Origins and Ubisoft’s new pirate IP Skull and Bones were also featured during the conference. For the latest updates on E3 and all things gaming, be sure to check out our news page. 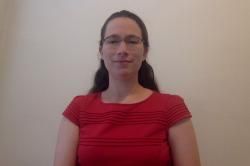 Ariel is almost the walking definition of a nerd. While gaming is their passion they also enjoy manga, anime, comic books, and science! Ariel graduated in 2016 with a bachelor's degree in Wildlife Biology and is obsessed with wolf behavior and pack dynamics.