The newest IP from developer Quantic Dream, Detroit: Become Human, lets players take the reigns of their own android revolution. The game focuses on different moral choices that will influence how the plot progresses and how the android revolution is viewed by humans.

Developer Quantic Dream has quite a few notches in its belt when it comes to narrative focused games, with its previous releases being Heavy Rain, Indigo Prophecy, and Beyond: Two Souls. Detroit: Become Human looks to follow the same narrative driven style, with pivotal choices affecting the story arc in different ways.

The trailer introduces us to the game’s protagonist Marcus and his partner North, two renegade androids who are hell bent on freeing their brethren from the clutches of the human retail market. Androids are largely seen as a commodity in Detroit: Become Human’s world, lined up in displays with adjacent prices and performing dangerous or menial tasks. Marcus is able to free his fellow androids with a simple touch, allowing them to join the revolution. The trailer addresses the numerous ways that Marcus is able to approach the scenario of freeing androids from a massive retail outlet; does he retreat after being spotted by a police surveillance drone, slinking back into the sewers? Or does he climb nearby scaffolding and jump aboard the drone, destroying it before hijacking a truck and driving it through the store's entrance? All of these decisions will affect the revolution in a different way, leading to different plot points and outcomes in the narrative.

The android uprising presented in Detroit: Become Human appears to be a unique narrative as far as video games go. The trailer showed multiple options for each situation, meaning that multiple playthroughs will be a must if gamers want to absorb every nuance of the story.

Story telling is one of Quantic Dream’s major strengths (with QTEs being a close second), so players can expect a rich, fleshed out plot. The story being told seems interesting enough as well, even though Quantic Dream’s games do have a tendency to go a bit off the rails when it comes to trying to wrap them up in a satisfying manner. It also goes without saying that Quantic Dream’s brand of narrative focused gameplay, accurately described as “interactive movies” in the past, are an acquired taste. Hopefully the story is interesting enough to keep players hooked for more than a single uprising.

Detroit: Become Human is a Playstation exclusive with a release date TBA. 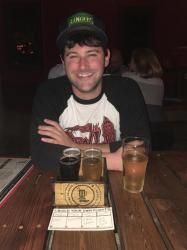