Mass Effect: Andromeda was, for many, a disappointing addition to the franchise, but that disappointment was nothing compared to what emerged after the game's lacklustre launch: despite a tease in the epilogue about a mystery aboard the quariak ark, there would be no DLC produced for the game, and no new Mass Effect game at all for the foreseeable future. Two N7 days have come and gone without a commitment to continue the franchise in video game form. However, this did not affect plans for the tie-in novels, of which the third has just been released: Mass Effect: Annihilation, from Hugo award-winning author Catherynne M. Valente (Deathless, Space Opera).

Mass Effect: Annihilation takes place on the quarian ark ship, the Keelah Si'yah. The ship was meant to bring 20,000 hopeful colonists - each of them put into cryosleep for the 600-year journey - to the Andromeda galaxy, where it would meet up with the other arks at the Nexus and begin the quest for new homeworlds for all involved. This particular ship was unique, in that it was meant to bring a handful of disparate races together for the journey; those sundry species who couldn't afford the journey alone. The quarians make up the bulk of the ship's population, with drell, hanar, elcor, volus, and batarian filling in the remainder. Each species has its own environmental zone in the ship to maximize comfort - not that any sleeper would need to spend too long awake on the ark, if all went well.

RELATED: Bioware Is Wondering What The Next Great Mass Effect Game Will Be

Of course, all does not go well. Sleepwalker Commander Senna awakens from cryosleep to an alert from the ship's virtual intelligence, some time after his supposed last sleepwalking shift and approximately 30 years before the Keelah Si'yah is due to arrive at the Nexus. The virtual intelligence has noticed something wrong with the drell cryopods: there is every indication that several occupants have died of some sort of disease, but the ship's computer still reads their vitals as healthy. From there, things continue to go wrong, as whatever disease was infecting the reptilian drell leaps to the jellyfish-like hanar while the ship's systems malfunction one by one. As the body count rises and resources run out, the book presents its plot as a closed-room mystery: there are only so many people awake, and one of them has to be responsible.

Senna divides the six members of his sleepwalker team into Teams Who, What, and How. The elcor medical specialist and hanar apothecary are Team What - it's up to them to figure out just what is killing people on the ship. Team How is made up of Senna, a quarian software engineer, and a volus technician - they have to solve the ship's technical problems. Finally, Team Who is made up of a drell spy and a batarian smuggler, whose responsibility to find the culprit behind all this mess, and it's their story that stands out the most in the book. They play off each other almost exactly like the main characters of a buddy cop movie, thrown together by circumstance and eventually developing a grudging respect for one another.

Valente is clearly a Mass Effect fan, and writes with Mass Effect fans in mind. The book, therefore, is not easily recommendable as an entrance to the games' lore. Sure, paragraphs are dedicated to summarizing the tragic quarian backstory; the utopian hanar religion; but it's difficult to imagine someone who hasn't played any of the games finding an elcor's speech pattern's entertaining, even if this novel features the best elcor character the franchise has ever seen.

Speaking of which, Yorrik the elcor allergist (and aspiring Shakespearean) is an absolute delight, and Valente revels in the chance to explore every permutation of the elcor's unique speech pattern. Yorrik is exemplary of the best Mass Effect has to offer: weird aliens that you want to have conversations with forever.

"Why aren't you panicking?"The elcor droned emotionlessly: "Panic: I am panicking."

Mass Effect: Annihilation's tone bounces between humorous and bleak, but Valente uses this to her advantage. What was funny at the beginning of the book - the crew's dwindling resources and lack of sleep, Yorrik's quiet panic, the tense relationship between the two detectives - only becomes more tragic the more the characters realize just how doomed they are. Meanwhile, the book's body count rises sharply and, while all species are affected in some way, the situation seems especially unfair to the already vulnerable drell.

The book's three conclusions - one for each team Senna assigns at the beginning - are all wrapped up neatly, and each of them are satisfying to different degrees. The "Who" and the "How" threads are both foreshadowed from early on; the "What" conclusion - which had to do with the disease spreading through the ship - seemed to conclude rather suddenly, with little build-up, though its ultimate solution is especially poetic.

Mass Effect: Annihilation will satisfy fans of the franchise who wanted to spend more time with the aliens they missed the most in Andromeda.

Overall, Mass Effect: Annihilation will satisfy fans of the franchise who wanted to spend more time with the aliens they missed the most in Andromeda. That said, most readers will probably spend a lot of their time with the book dreading what horror will be visited upon their new favorite characters.

Mass Effect: Annihilation is available now. A copy of this book was purchased by The Gamer for this review.

READ NEXT: Bioware Knows Fans Want More Mass Effect, And Is Working On Some Secret Projects 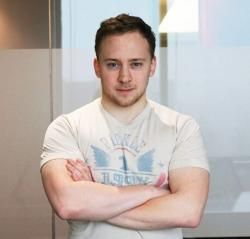 Patrick Sklar is the Managing Editor at TheGamer. He's written previously for Screen Rant, Comic Book Resources, and The Escapist, among others, and has edited a handful of sci-fi literary journals. He is a graduate of John Abbott College's Liberal Arts program. Patrick is a reader, writer, editor, and game-player based in Montreal, Canada. He's been an egg flipper, casino banker, bookseller, honest-to-god telephone sanitizer, and now works as an editor for Valnet, Inc. His passion for language inevitably led him to a career of telling people when they're doing it wrong. His favourite games include Netrunner (a two-player, asymmetrical, cyberpunk, heist competitive card game wherein one player plays the hacker, or Runner, and the other is a Corporation trying to keep its servers secure), World Of Goo, Mass Effect 2, Metroid Prime, and Donkey Kong Country 2.

Read Next in Game Reviews

Assassin's Creed: Escape The Lost Pyramid Is The Best Co-Op VR Yet

AVICII Invector Review: Life's A Game Made For Everyone

Down To Hell Review: Hell Can't Possibly Be This Bad